Back home: Pentatonix to perform at Verizon 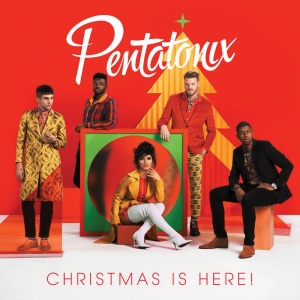 One of Arlington’s more successful and popular musical acts, Pentatonix, will bring its “The Christmas Is Here Tour” back home with a Nov. 25 performance at Verizon Theatre at Grand Prairie. Show time will be 7 p.m.

Since bursting onto the scene in 2011, multi-platinum-selling Pentatonix has sold some four million albums in the United States alone, won two Grammy Awards, sold out venues worldwide, has amassed nearly two billion views on the acapella group’s YouTube channel (which is approaching 11 million subscribers) and appeared in the feature film “Pitch Perfect 2.”

The singers’ album “Pentatonix” debuted at No. 1 on the Billboard Top 200 and Current Albums Chart and is certified gold by the RIAA. The first single, “Can’t Sleep Love,” has more than 20 million views on YouTube.

The group’s new holiday album, “Christmas is Here,” was released last month, and the tour that will promote it will feature concerts in nine cities around the country, starting with the performance at Verizon Theatre.