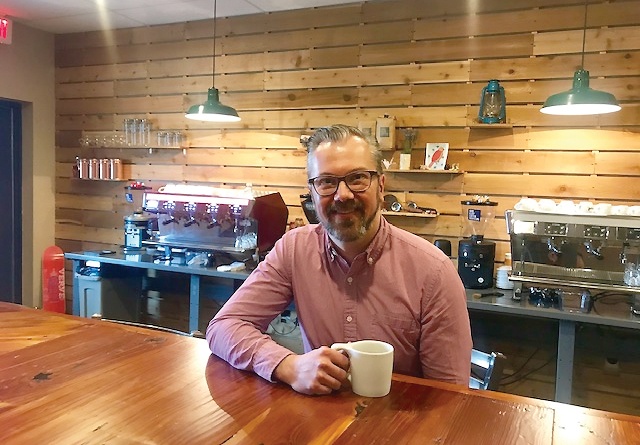 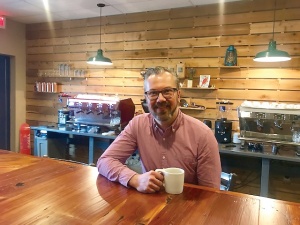 For one Arlington business owner, success involved choosing between coffee and a chicken leg. Tom Vincent was in his mid-twenties, between jobs and down to his last few bucks, he says, when he chose to forgo devouring a chicken leg – instead of his usual Ramen noodles – in favor of a cappuccino.

“At the time, I was in the labor pool jumping in the back of pickup trucks to go move rocks all day for 50 bucks and selling plasma,” he said. “It was a tough time to say the least.”

After riding his bicycle to a coffee shop where he engaged in a conversation about coffee cupping, Vincent launched Texas Coffee School. And for the past nine years, he has helped hundreds of people from around the world “create entrepreneurial freedom through coffee.”

“It’s not about the coffee snobbery or any of that stuff,” says the 36-year-old, while sipping a cup of Joe at a long, wooden table inside the school.

Texas Coffee School specializes in helping people start their own coffee shop. Students enrolled in a three-day coffee business course use a hands-on method to learn things like business plan development, lease negotiation, location selection, barista training, number crunching and menu elevation among other things. While quality and consistency are essential, Vincent says the main goal is to help people start their day off feeling great and, hopefully, some money can be made along the way.

Vincent says he has noticed that authentic, passionate people focused on serving others seem to enjoy the most financial success.

“You can taste the difference between cooked with love and cooked with profit,” he opines. “It’s the little things that tend to make the biggest difference in a user’s experience.”

In addition to the three-day course, the school also offers some one-day consumer classes on things like latte art and coffee cupping, which Vincent explains is similar to wine tasting but with fine coffee. Those classes are sort of a pay-it-forward opportunity for Vincent, who says he was once befriended by some guys in an elevator who invited him to a coffee cupping.

“I was really impressed,” he says, adding that he attended the events for several years. Vincent was fortunate to have been mentored by leaders in the professional coffee industry. And after his bout with unemployment, he began drawing from those past java experiences to teach home coffee shows on the weekends.

At first, Vincent kept everything stored inside a Rubbermaid bin. He later struck a deal with a syrup company and moved the classes to their break room before opening the current location at 7203 S. Cooper St., Suite 101.

The school’s wooden table is among Vincent’s most prized possessions, he says, explaining that he has seen trajectories changed and successful small businesses opened as a result of sitting in the 10 chairs that surround it.

“We’re teaching people how to enrich other people’s daily lives,” he says. “The coffee, though, is the catalyst to that. Think about what happens as a result of people starting their day feeling really, really good.”

Although there are endless varieties of coffee flavors, Vincent says he, personally, prefers to keep it simple.

”Honestly,” he says, “I just really like black coffee.”