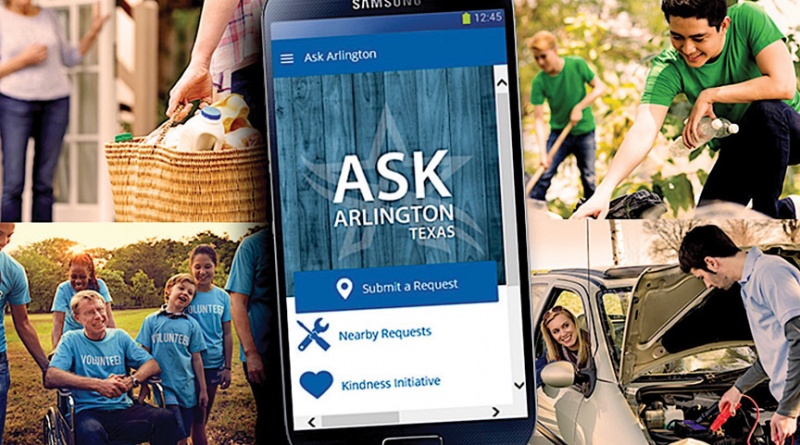 Arlington Mayor Jeff William’s kindness initiative has been launched. At the city council meeting before the summer break, he challenged all Arlington residents to commit and report an act of kindness. If they all follow his request, the result would be 400,000 deeds that would benefit someone.

The goal represents the approximate population of the city, which is currently about 390,000. So, some will need to commit more than one act of kindness.

If early results are any indication, that won’t be a problem. Already people are reporting multiple things they are doing for others. It seems unselfish behaviors result in the giver wanting to do more. With full coverage by the local media, including television newscasts, it’s no wonder that the word is spreading and people are joining the program in increasing numbers.

The whole concept of the program goes directly to the notion that the betterment of the community can be enhanced if everyone gets involved in helping others.

Local government is often the first place people turn to when they need something they believe to be in the public domain. But, the reality is that government can’t and, in many cases shouldn’t, be within the realm of the public body.

The best example of this reality is to look at the great many non-profit and community service organizations that work for the benefit of the public. Without them the city would be but a fraction of itself as many needs would go unmet.

When everyone joins in helping others, the result is a higher quality of life, making the community individually and collectively more successful in many ways.

The city has made it really easy to report any kindness, big or small. A free mobile app that will work on any smart phone can be installed in seconds. The app is “Ask Arlington” and includes opportunities to report problems or needs the city should address, to request services and to access the city’s website.

The link you would look for to join the kindness initiative is immediately accessible on the app’s home page. From right there in your hand you can see all the things people have done for others – or others have done for them – that they have reported. Pinpointed by location and a short description, you can see how and where someone has helped someone else. Then you can add your act of kindness with a couple of clicks and share it with everyone else.

Here’s the kind of things people are reporting:

These are just a few samples from those who have already joined the initiative. Once the 400,000 goal is reached, it, too, will be just the beginning.

It’s all wrapped up as part of the new “Experience the Kindness of Our Dream City” campaign under the guidance of the recently formed Community Relations Commission.

Following the success of other cities with similar kindness programs, Arlington now is making its own.

Richard Greene was Arlington’s mayor from 1987-1997, was appointed by President George W. Bush as Regional Administrator of the EPA, and currently teaches in the University of Texas at Arlington’s graduate program in the College of Architecture, Planning and Public Affairs.