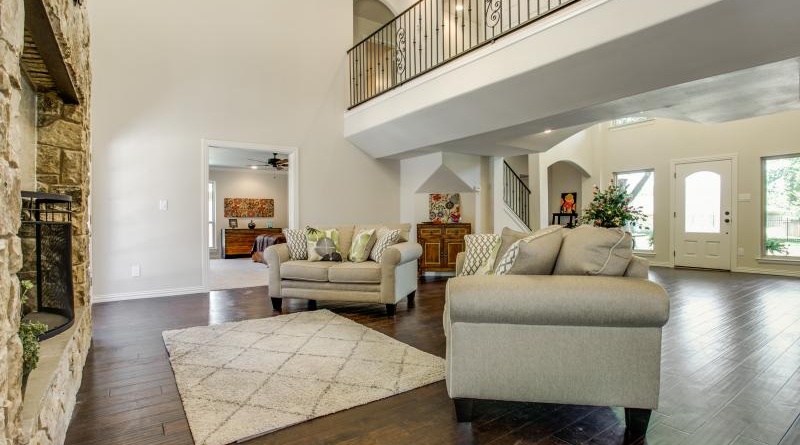 When Gloria Van Zandt left her home in 1973,

she never could have imagined that life would bring her back over forty years later.

At the time, Gloria was going through a divorce and her neighbor, Mrs. Winkler, was grieving the loss of a child. The two women needed a fresh start, so Gloria sold her home on Country Club Drive to Mrs. Winkler. The transaction was so pleasant that the only dispute in the contract was over which nail polishes Gloria would leave behind.

The Winklers remained in that home for forty years until they both passed in 2015, at which point their son listed the house for sale.

Mike and Tracy Talambas have been remodeling homes

with Tracy’s brother, Steven Klansek, for the past four years. At this point, they have ten renovations under their belt and several more in the works.

The three of them make a dynamic team. Mike negotiates the purchase and sale of the home, Tracy stages and is in charge of planning the renovations, while Steven plans the budget and executes the work.

When the Talambas found the house on Country Club Drive, they discovered that The Winklers hadn’t updated the home in all the time they had lived there, and it was showing its age.

The once beautiful white, birch paneling was yellowed beyond recognition; the fixtures were outdated; the layout was closed off. However, the trio knew behind layers of age and wear, it held the promise of great potential. They purchased the home in early 2016 and got to work.

Step one in the renovation:

open things up. To give this home an updated layout, several walls had to come out. The kitchen was expanded into what used to be the dining, while the new dining room was relocated. The double staircases – previously hidden between cramped walls – were opened up to showcase them as the statement-making features they were meant to be.

The biggest change, however, came with the removal of the wet bar in the living room. When the walls came down and the paneling was removed, light came streaming into this once dimly lit, closed off space. Except for the original fireplace, the room is almost unrecognizable.

In fact, much of the house is unrecognizable

Choosing materials for the house was a difficult process because the renovations had actually been started by another investor, but were quickly abandoned. Tracy and Steven were left trying to find the same materials the investor had started with, so they could finish the job – a time consuming process. “Things don’t happen as quickly as they do on those TV shows,” Tracy said with a laugh.

The kitchen and master bath got massive overhauls, with a brand new walk-in shower, new granite, backsplash and cabinetry.

Mike, who has a CPA firm here in Arlington, happened to show a client photos of the recent renovation. She recognized the home on Country Club immediately, remembering the grand parties she used to attend there, including one night in which George Bush, Sr. addressed party-goers from the balcony. She recalled it had once belonged to Gloria Van Zandt.

Since then, Gloria has made quite a name for herself

with her real estate company, Van Zandt & Co. Mike contacted her to find that despite having sold her business, Gloria was still very much active in real estate. Mike typically doesn’t use an agent for his renovations, but in this case, he made an exception.

After forty years, Gloria returned to her old home to sell it once more. This time, things were substantially different. “Everything in this house is new,” Gloria remarked, “It looks like new, it smells like new, it’s a totally new floor plan.”

Not one to mourn the loss of the old days, however, Gloria loves the updates and has nothing but admiration for the work that Tracy, Mike and Steven have done.

A fiercely loyal resident of Pantego, Gloria loves her city and will never stop trying to make it better. “I’ll never retire,” says Gloria, “I like being in the real world where I feel like I can do something for someone.” She even sits on the Economic Development Council in Pantego.

“This is how we achieve economic development, by improving our homes. We have to update our city.”

That seems to be just what Mike, Tracy and Steven are doing, one well-loved home at a time.