A festival for the ages: Kaaboo Texas is coming to town on May 10-12

by ArlingtonToday Magazine
in Featured, Scene
0 0
0 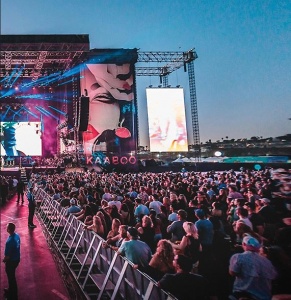 Notes: This funny, romantic musical is about an established composer and his relationship with an aspiring young female lyricist, not unlike Carole Bayer Sager. Professionally, their relationship works beautifully – but ultimately leads to conflict on the home front. Of course, there’s a happy ending.

Notes: This concert will feature Daugherty’s “Red Cape Tango.” Grieg’s “Piano Concerto in A Minor,” Gliere’s “Suite from The Red Poppy” and a traditional favorite, “The Yellow Rose of Texas.”

Magic & Comedy for All Ages

Notes: Enjoy laughs and more at this show.