A gem with wheels 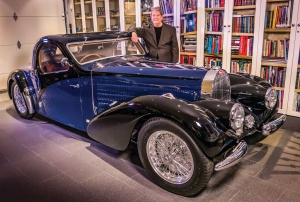 “They built only three exactly like mine,” John Ridings Lee proudly describes. “One of the other two is in Jay Leno’s Garage, and the other belongs to Ralph Lauren.

“But what is even more special to me is that mine was delivered to its first owner, Francois Joussey in Paris, by Ettore Bugatti (the famous French car manufacturer of high performance automobiles) on the very same day that I was delivered into the world by my mother on May 1, 1937. When I learned of that about five years ago, I knew I must have it as my own!” 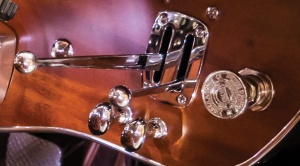 The 1937 Type 57C Rollback Atalante Bugatti was part of the Schlumberger Art Collection when John located it after the car had spent decades on road tours and international Concours d’Elegance events.
“I had it restored – a 16-month long project – and have taken it to Pebble Beach, Amelia Island and Bagatelle Park in Paris,” he says.

All three of those shows are premier events in the world of classic cars. The trophies it won at each are evidence of how popular this vehicle is with so many who love the art and engineering of extraordinary pre-war vehicles.

Visitors to this year’s Concours d’Elegance of Texas to be held on April 22 in Arlington will be able to see it in person.

Among the features that set this Bugatti apart from others of the era is a roll-back top (think of a roll top desk), a golf club compartment, and fitted luggage arrangement in the rear. The dashboard is arrayed with Jaeger instruments, including a special clock with dual split second hands to precisely record speed trials and more.

Under the hood is a straight-eight, supercharged engine delivering 260 horsepower via a four-speed standard transmission. 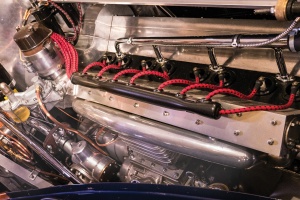 Bugattis are renowned the world over for their design beauty coupled with victories on the race track.

John is especially proud of the owner’s manual that his wife Carole translated from French to English so all three of the owners of these cars could be informed about their maintenance and proper operation.

The “Before Starting” instructions tell the driver that he will see before him, grouped on the instrument panel, the following controls: a knob to control the rear shock dampers, the master switch, the instrument group of ammeters, water temperature, oil pressure and fuel gage.

Next there is the choke button, levers for spark advance and hand throttle and finally, a knob to control the front shock dampers.

The “Starting Procedure” is a bit daunting: After ascertaining that the hand brake is set, and having checked water, oil, and gasoline level, place the gear shift in neutral, the spark advance in full retard, and the hand throttle half way open. 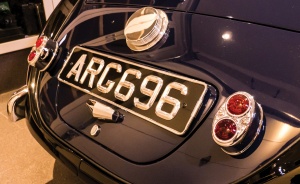 After pressing the accelerator two or three times, introduce the key into the master switch and press all the way to the bottom: this energizes the starter.”

By comparison, today’s instructions of pressing the start button, shift into drive, and be on your way seem somewhat a lesser experience.

The value of the 1930’s era Bugatti automobiles range far and wide between mid-six figure numbers for those among many to mid and high millions of dollars for the rare ones. Like John’s.

That matters little to him because his car is not for sale. “How could you sell a car that was delivered on the same day that you were delivered?” he asks.

His collection includes several other rare classics of other makes and models but he still finds time to report to his Dallas business office every morning. 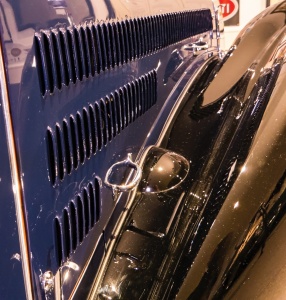 Between trips to participate in vintage auto rallying and racing events in the U.S. and Europe, his insurance brokerage business thrives on providing specialized coverage to a large clientele.

After spending some time with him, it’s hard to tell if his passion for business or that of owning some very special classic cars is his greatest. Since the one makes the other possible, I think we can conclude it’s a tie.