A gift that can always give 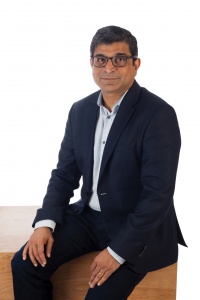 Raj Malik was studying engineering at the University of Texas at Arlington when he came across a classified ad for sales.

Didn’t say what he’d be selling, how he’d sell it, or where he’d sell it. Or how much money he could make. Or when he’d make it.

It piqued his interest, anyway.

This was intriguing, once you consider that for most students a comfy, non-hustling gig working, say, 20 to 25 hours a week watching fellow classmates zip through turnstiles at the recreation center, would prove ideal.

No thinking, no hassles. Pick up check on Friday.

Malik, as it turned out then and certainly shows now, was hardly the average student looking to keep I-need-money calls to his parents back in New Delhi, India, at a minimum.

He didn’t want to simply survive. He wanted to thrive.

“The ad said you could make $100 a day, or whatever,” Malik recalls. “So I thought, yeah, I could have a steady paycheck, but that didn’t present much of an upside for me. I did the math.”

The Malik math said the 100 bucks was merely a starting point.

For Malik, this wasn’t just about money, although money is the reason we’re right here, right now. Malik and his wife/partner, Mona, are donating $500,000 to UTA for a student scholarship endowment.

Yeah, the sales job led to bigger and better things.

Malik is founder and CEO of the Irving-based apparel licensing and branding company Bioworld, and to make this story even more impressive, the origins of this enterprise began while he was still toiling away in engineering classes, still working the sales job, which was door-to-door, by the way.

Not to belabor the decision, but let’s park there for a bit longer. Malik grew up with a father who owned a store and a mother who was a teacher, so while they weren’t necessarily filthy rich, they were “comfortable,” Malik says, and this being the urban district of India’s capital, you need not travel far from your front door to witness people in need. “You’re surrounded by it, so it’s impossible not to come in touch with someone in need,” Malik says. “So you grow up appreciating what you have and knowing how it will be wasted if you don’t reach out and help.”

To Malik, helping others means actually being in position to help, and for him it wasn’t necessarily a job with a salary and the standard two weeks vacation.

“When I came to America, I always felt it was important to be in charge of your own destiny,” Malik says. “I didn’t hesitate taking the sales job because I would rather have the option of eating what you kill.”

The jump from UTA to Bioworld took a number of twists and turns – more than we have space to tackle here – but hopefully attached to any scholarship dollars will be Raj Malik’s story of setting ideas in motion, of riding the highs and lows, of inspiring others to think beyond the standard, of improving, refining and customizing whatever service you’re selling to give customers what they want.

I asked Malik about his work and life philosophy and whether it stemmed from watching his father or was it simply a part of the Malik DNA.

“A combination of both,” he says. “I obviously wasn’t inclined to take the safest path. I learned early on that to achieve you must to be willing to go outside your comfort zone. Not just what you know, but how you can learn new things and keep moving.”

Malik’s business life is one that can teach UTA students well beyond the money from this endowment.

For students who walk away with funds – and Malik’s story – they’ll certainly have one of those gifts that always gives.

Tags: BioworldUniversity of Texas at Arlington