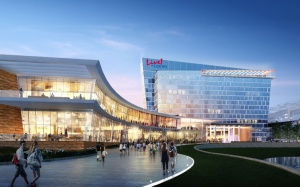 The City of Arlington’s world-class Texas Live! development, set to debut in the Entertainment District later this year, was named the Dallas Business Journal’s “Best Real Estate Deal” of 2017.

The DBJ program highlights the very best in commercial real estate in North Texas across 20 categories and hundreds of nominations. In all, four Arlington projects were up for consideration.

In addition to the DBJ’s top real estate award, the Texas Live! development also won Best Real Estate Deal in the Sports and Entertainment category. This project, being developed by the Texas Rangers and The Cordish Companies, will feature more than 200,000 square feet of best-in class restaurants, retail and entertainment venues. Texas Live! will be anchored by Live! by Loews, a 302-room luxury hotel with a 35,000-square-foot conference center. 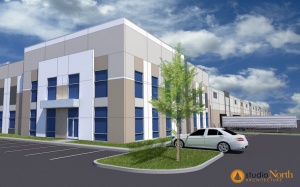 The UPS Regional Hub, expected to bring 1,400 full-time jobs when it opens in south Arlington in 2019, was a finalist in the Best Industrial Deal category. This 1.1 million-square-foot facility, located south of Interstate 20 near Bardin Road and SH 360, will fill one of the City’s largest warehouse/industrial spaces when complete.

The opening of a Fortune 500 company headquarters in north Arlington was also recognized by the DBJ. The D.R. Horton office on Interstate 30, which is home to more than 400 employees, was a finalist in the Best Land Transaction Deal category. 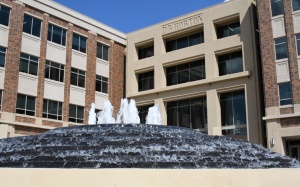 The Arlington City Council has identified “Invest in Our Economy” as a vital component of the effort to ensure that our community continues to thrive. These successful economic development projects are signs of the progress we are making on that effort.