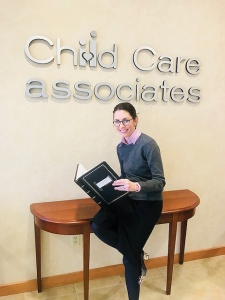 During the past 50 years, Child Care Associates has served more than half a million children, and that’s something to celebrate. The largest child development nonprofit in North Texas, CCA has 23 campuses and 74 partnership classrooms throughout Tarrant County including three in Arlington and one in Mansfield. Overall, the nonprofit serves more than 15,000 children each year.

“A commitment to early childhood development is crucial to a strong community and its future,” says CCA president and CEO Kara Waddell. “CCA works to support the whole child – intellectually, emotionally, and physically – as well as supporting the whole family.”

Primarily, the nonprofit serves low-income children up to five years of age, giving priority access to children who may be experiencing homelessness, have been in foster care or are in a refugee situation, Waddell says, adding that the whole-family approach includes things like making sure children have a doctor, dentist visits and shots, as well as addressing housing needs and food insecurities.

Applications for fall enrollment are currently being accepted, Waddell says. There is no cost to parents in the Head Start, Early Head Start and childcare programs.

Waddell shows a book put together by Tarrant County leaders in 1967 that acknowledged a growing number of single parents and working mothers.

“Fifty years ago, we thought ‘we need someone to take care of these kids so we can work,’ she says. “But now, we know more about children. Our classrooms are really set up as early intervention.”

During its 50th birthday celebration in February, CCA’s “North Star” plan, which specifies five goals to be achieved over the next decade, was revealed. Key components of the family-centered design include research, resiliency, diverse educators and building a financially strong nonprofit.

CCA would like to serve more younger children, Waddell says, describing one partnership with Arlington ISD, where about half of the positions are held for students finishing high school and buses are equipped with infant and toddler seats.

“We want to make sure that teen mom can finish school successfully and make sure that young child is getting the education that he or she needs,” she says.

CCA has long-term resources available for more infant/toddler services in Arlington but lacks a building, Waddell says. In the past, Arlington has partnered with the nonprofit, which does not get federal funds for buildings, to help build through a community development block grant.

“We are hopeful we can build up infrastructure in Arlington,” she says. “Just like we build downtown and athletics, we could build up providing to needier families. When another city does that, the funds sort of follow that infrastructure.”

Child Care Associates is looking for businesses and organizations to partner with directly, says Corinne Fiagome, CCA’s director of advancement. An event about the impact of early childhood education and the value of investing in children will be held in October.

“It’s really key leaders in the community that make [the program] successful long term,” Waddell says. “The only reason we should exist moving forward is that we architect solutions for children.”