CITY OF ARLINGTON TO CELEBRATE OPENING OF NEW COUNCIL CHAMBER 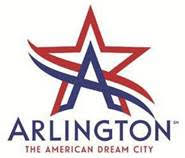 WHAT: The City of Arlington will hold a dedication and ribbon cutting ceremony to celebrate the opening of the new Council Chamber prior to the Arlington City Council evening meeting. The public is invited to attend the event, which includes remarks from current and former city leaders, an unveiling of the Chamber’s dedication plaque and a ribbon cutting.

WHERE: Council Chamber, Arlington City Hall, 101 W. Abram Street. Visitor parking is available in the lot west of City Hall, in the 101 Center parking garage east of City Hall, or along Front Street just north of the railroad tracks.

ABOUT THE CHAMBER: The 6,500-square-foot Council Chamber, which will better meet the City’s accessibility and technology needs, was built as part of the $34 million Downtown Library project. The 196-seat facility replaces the former 35-year-old Council Chamber demolished in 2016. In addition to City Council meetings, the new Council Chamber will be used for Planning and Zoning Commission meetings as well as a community room available for library programming, public meetings and other events. In addition to offering assistive listening technology for visitors with hearing loss, the new facility features superior lighting, video and audio technology to better serve those attending in person, watching online through the City’s website or watching on the City’s cable channel.

NOTE: Because of construction, the north entrance to City Hall is temporarily closed to pedestrians approaching from the east side of the building. Visitors may access the new Council Chamber either by entering City Hall from the south entrance (Abram Street) or by following the sidewalk around the northwest side of City Hall (near Pecan and Main streets).