by ArlingtonToday Magazine
in People
0 0
0 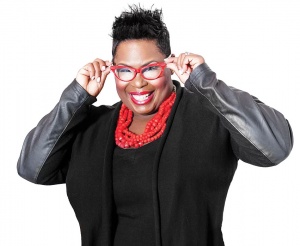 If passion leads to success, Demi Austin-Thomas can be considered an all-star. The Mansfield entrepreneur unabashedly gushes about her pet project, Bee Empowered Inc., which she founded as a one-time gathering that took on a life of its own.

The nonprofit organization promotes wellness, self-care and health for women and young girls.

“It was important to us to create the kind of organization that I needed as a young girl and as a teenager,” says Austin-Thomas, who nearly a decade ago sought to organize a girls night out at the Arlington Museum of Art in search of advice, support and connection with other women who might be struggling to balance their lives with everyday demands.

What was expected to attract 15 to 20 women instead drew more than 100.

“The response was enormous,” says Austin-Thomas. “People were coming up to us and saying, ‘We

have to do this again.’”

So she did, organizing another event three months later, bringing in speakers to discuss topics such as nutrition, wellness and self-care. That evening brought 600 women.

Bee Empowered has grown to include webinars, wellness forums, interactive seminars and a series of annual events to provide health and wellness tips for women across the Metroplex.

Among those events is the GLOW – Girls Night Out event, held recently at the University of Texas at Arlington’s Rosebud Theater, uniting women for laughter and conversation, and healthy lifestyle advice from a panel and each other.

“Women wear so many hats that they don’t get to sit down and breathe,” says Myisha Henderson, who joined the organization as a volunteer earlier this year. “GLOW is a breather.”

Bee Empowered will present its annual ILive Expo on July 26, from 10 a.m.-2 p.m. at UTA’s E.H. Hereford Center, 300 W. First St. in Arlington. The free event (info can be found at iliveexpo.com) will feature health risk assessments, blood pressure checks, massages, samples, shopping and will be highlighted by a Mommy and Me Cooking Contest.

For that, mother-daughter teams will be surprised with random items and challenged to make a creative and healthy meal.

“There isn’t a winner,” Austin-Thomas says. “It’s a bonding experience. We want them to be interested in learning to cook and teaching about healthy food.”

Bee Empowered has anchored at UTA in part because of its supportive atmosphere and expansive facilities and because it’s centrally located in North Texas, allowing the organization to reach women from across the Metroplex. That it has, connecting with more than 75,000 women that have attended its events.

Austin-Thomas, a family and parenting coach with a background in marketing and advertising – including at the Fort Worth Star-Telegram – tapped that resource to help the mission take off.

“I learned that I’m really good at community mobilization,” she says, “so I built the brand on that.”

Henderson, a UTA graduate and Arlington resident, backs that statement, calling Austin-Thomas a “firecracker … She has so much spark and personality.”

Austin-Thomas grew up in a supportive two-parent household that she says, “knew how to provide, but didn’t have those conversations about healthy options.”

The family’s move to Arlington when she was 15 was what she credits as “the best thing ever for my life,” exposing her to a wide variety of opportunities that one of Texas’ largest communities can provide. She and her husband, James Thomas, have raised three children in North Texas.

Her experiences have caught the attention of TV producers, landing her regular appearances on Fox 4 and Good Morning Texas. There and on her website, demiaustinthomas.com, she offers insight on family and health matters. But Bee Empowered is where she sees herself in the women that are aided by the organization.

“We serve as an arm, a hand, an extension to the women of the community, letting them know we’re walking with them,” she says.

“This is her purpose,” says Henderson. “She’s meant to do something great for women who don’t know that they can do it all.”