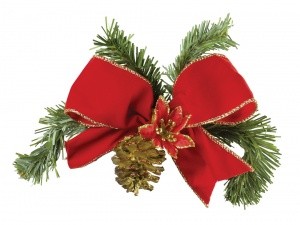 Like every kid growing up, I found the annual holidays and birthdays to be times to celebrate. For me, however, Christmas was the one most anticipated.

It meant all the excitement of the season that included getting ready with the annual Christmas tree decorating traditions, then presents showing up and wondering which ones would be mine when new ones appeared on Christmas morning.

As the oldest of the three children in the house, I was known for snooping around to discover hidden packages because it was really hard for me to wait for a day that seemed to take forever to arrive.

One year, my mother issued the warning that if I persisted in that behavior, I would be denied even a single gift. So, I ceased the forbidden activity. That was the year I really wanted a basket for my bicycle so I could carry stuff on my daily rides around the neighborhood.

Then a disaster occurred a couple of weeks before the 25th when I answered a knock on the front door. There stood a Sears uniformed delivery guy who thrust that very basket into my hands and said something like, “here’s your order” and walked back to his truck.

The panic I sensed was indescribable. I walked into the kitchen where Mom was and with a look of desperation on my face, “this is not my fault,” I plead. A loving mother said she understood and blamed the mishap on Sears saying they should have delivered the basket in a box.

In the experience that had me focused on the anticipation of receiving presents there was always an effort to get me to understand the meaning of the season that wasn’t tied up in colorful wrapping paper adorned with ribbon and pretty bows.

No, it was the time of the year for celebrating the miraculous birth of God’s gift to all humanity in the person of Jesus who came to give us life everlasting.

Some years later when I had become a paper boy, I developed a practice of placing the Christmas morning newspaper on the doorstep of my customers so they could immediately see the page one, colorful “Merry Christmas” greeting emboldened above the newspaper’s title.

As I matured, got married, and the blessings of children of our own with whom we could share that most special time of the year came, we developed many Christmas family traditions.

In my wife’s family, there had always been the practice of her father reading from his Bible the account of Mary and Joseph’s

arrival in Bethlehem where their son would be born in a stable due to the lack of space in any conventional lodging.

So, those same ceremonial moments became the centerpiece of our Christmas Eve, usually following our return from our own church’s candlelight service where we gather with fellow believers to remind us of why Christmas holds such a special place in our world.

That family tradition now has been passed to the fourth generation in our family as our granddaughter does the scripture reading of those verses so familiar that we all can repeat them from our memory on the night before the big day.

I can’t help but appreciate that just about everyone in America and even around the world, regardless of their religious experience or none at all, enjoys the delights of the Christmas season in one way or another as they have throughout history.

For Christians that wouldn’t be the case were it not for the celebration of the birth on that fateful night among the livestock in that humble shelter more than 2,000 years ago.

So, Merry Christmas to one and all, and may you and your families have a very joyous holiday!