History in the Making (Still)

by ArlingtonToday Magazine
in Community
0 0
0 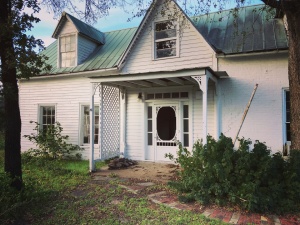 A cold, blustery wind blows outside as city officials huddle inside Mansfield’s oldest building, discussing future plans for the home of the town’s namesake.

“This is a unique opportunity,” says Art Wright, Mansfield senior planner and a historic preservation officer with the Texas Historical Commission. “How many people can say they have the house of the man that founded the town? The best way to take care of it is to put it back into use.”

And that’s what the city plans to do, restoring the house and adding a dog park next door. “The council wants it turned into a museum or education center, so all the citizens can see it,” Wright says. “We could possibly partner with the historical society and give tours. The council wants it open to the public.” 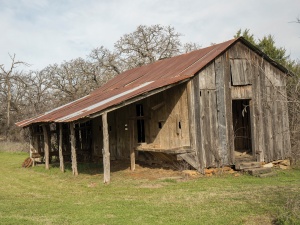 Sitting about 100 feet off West Broad Street, the little white house huddled under the post oak trees is barely noticeable to most drivers.

In 1865, Ralph Man purchased 300 acres from his brother-in-law Julian Feild and built a 170-square-foot, one-room cabin and a barn out back. Married to sisters, the two men were also in business together, running a mill just down the road, which gave birth to the city and its name (though the spelling was changed from feild to field). As Man and his wife Julia expanded their family, they expanded the house, adding a foyer and a bedroom. But in 1868, Julia died, leaving Man with two young children. In 1870, Man married Sarah and converted the attic area into three bedrooms for the family, which eventually grew to five children.

Like many farmers in the 19th century, Man used what he had, carving the fireplace mantels and the walnut staircase himself.

“If you look at the outside (of the house), half of it is brick,” Wright says. 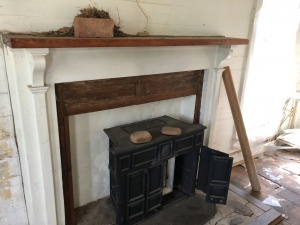 Man died in 1906, but the home stayed in his family until 1946. Two more families owned and lived in the house, adding another barn, garage and porch. The fieldstone chimney collapsed and the home fell into disrepair.

The city purchased the home in 2013, along with 4 acres, while the Mansfield Parks Facilities Development Corp. purchased an adjacent 12 acres, also part of the original Man property.

While officials had no plans for the property when it was purchased, the site quickly became a target when the parks department began looking for a spot for a dog park.

“An ideal dog park would have a trail connection,” says Matt Young, director of parks and recreation. “This just kind of popped up. It’s a lot of land. It slopes back to the creek. One of the benefits is the shade, the huge trees. One day, people will be able to jump on a 10-mile stretch of the Walnut Creek Linear Park.”

Plans for the dog park include 8 acres with four different areas that could feature an agility course, spot for elderly dogs and rental sites for pup parties. With multiple areas, the parks can close areas to avoid damage from overuse and still have plenty of places for dogs to play, Young says. Future expansions could include lighting, a pavilion, benches, play areas and the connection to the linear trail.

The city is waiting on the architect to finish the plans to restore the home and barn, a $440,000 project. Future plans for the house include an amphitheater and visitors center, Sudbury says.

If things go according to plan, the dog park and Man house should be open by this time next year, Young says.

Not everyone is a fan of the Man house, though, because not everyone has moved out.

“There’s the Man ghost,” Wright says with a smile. “One of the men working out here said he saw something. He was weed eating next to the house, he put the weed eater down and when he looked up he saw an elderly woman in a night gown. The contractor had to get another guy because he refused to come back. No one else has seen anything, but we’ll see when it gets busier out here.”