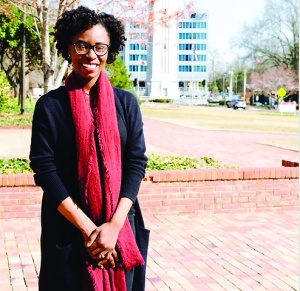 When the Texas Rangers launched the Richard Greene Scholarship Program in 1997, the promise from the owners at that time was to annually provide $10,000 in college money to one recipient from each of Arlington’s public high schools who demonstrated academic excellence and leadership potential.

The commitment was to continue the program for 20 years through The Texas Rangers Baseball Foundation. It came about as part of the many ways the ballclub planned to support the community that had partnered with them, during Greene’s tenure as mayor, to build The Ballpark in Arlington.

As we previously reported, the Foundation’s scholarship program, having exceeded expectations of what recipients were achieving, was recognized nationally by winning the prestigious Major League Baseball Commissioner’s Award for Philanthropic Excellence.

Now comes news from Rangers owners Ray Davis and Neil Leibman of plans for the Foundation to continue the program in perpetuity.

They announced plans to raise an endowment of $1 million to achieve those ends and launched the kickoff of that effort in a gathering among community leaders and supporters of the Foundation.

Those attending the reception at Globe Life Park heard about the successes of the 114 Greene Scholars the program has helped to produce and how these outstanding young people are changing the world.

While there are many examples among those who have been chosen for the program, recent achievements of one of the students, selected in 2010, is illustrative of that bold claim.

Omomayowa Olawoyin’s parents brought her and her siblings to America from Nigeria when she was seven years old. She says that opportunity was “just enough” to launch what was to become an extraordinary response to being given a chance to succeed.

Finishing first among 426 graduates from Seguin High School, she selected the University of Texas at Arlington from all the universities that would have liked to have had her as an entering freshman.

Now pursuing her PhD in Mathematics, “Mayowa” has already contributed significantly to research first through the Undergraduate Training in Theoretical and Ecology Research program, where she engaged in the versatility of mathematics and shared that experience at numerous conferences, polishing her presentation skills.

Next was research in mathematics education through the McNair Scholars Program, investigating how teacher reactions to pivotal moments in instruction impacted the level of student discourse in math classrooms at the elementary school level.

Now with funding from the National Science Foundation’s graduate fellowship program, she’s doing research in mathematical biology and developing scientific models to describe the spread of diseases such as Zika.

That initiative has already resulted in the publication of her collaborative research in the ScienceDirect Journal modeling multiple transmission pathways of the Zika virus.

The abstract offers laymen a view of the breakthrough:

Included here is just one of the math formulas used to build the model that produces the new knowledge that confirms how she is changing the world by informing global medicine through math and science.

She credits the Rangers Foundation for the start of her 10 years of educational pursuits that have prepared her for contributions that now may accelerate to new heights: “The Richard Greene Scholarship program was extremely influential in my academic professional journey.”

That journey thus far has also been highlighted by her marriage last year to Toyin Richardson Awe. A traditional cultural ceremony that was celebrated by the couple’s extended families marked the occasion and added the dimension of marriage to her very busy life.

The program’s real-life results produced by students and professionals alike that have been and are in the program is what inspired MLB Commissioner Rob Manfred’s explanation of his award decision that we reported in our December issue but bears repeating:

“This unique initiative distinguished itself for its emphasis on mentorship, career opportunities and close ties to the Arlington community. The investment into the future of Arlington high school students by the Rangers and local city leadership has resulted in notable professional and collegiate careers by the Scholars.”

The Rangers decision to continue the program, based on more than 20 years’ experience with it, is very good news, indeed.