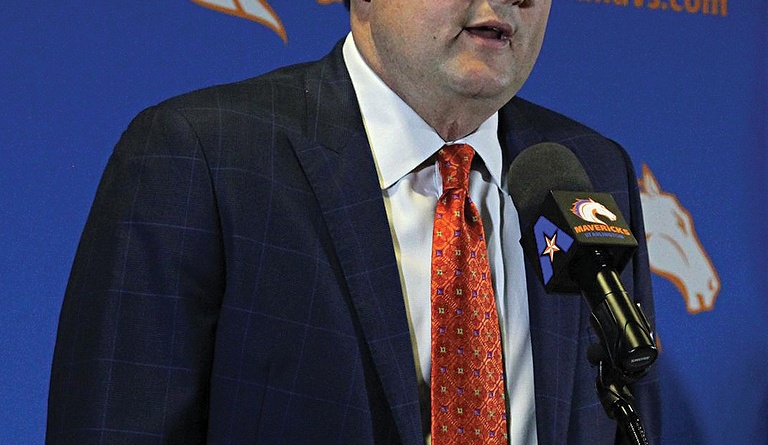 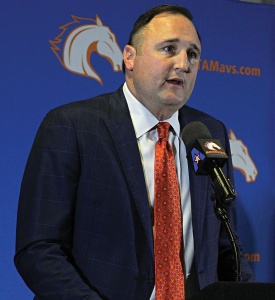 When Chris Ogden glances at the list he can’t believe his name is really on it. After all, 20 former “Mr. Basketballs” from Texas have been drafted to the NBA. Two of them, Shaquille O’Neal and Larry Johnson, were taken first overall. But right there on the list with those two is Mr. Basketball 1999 – Chris Ogden.

As the new head coach at the University of Texas at Arlington, Ogden is meeting with his staff before an early season practice. He emphasizes to the players that they won’t get as much playing time as they did in high school. He tells his staff, “Remember they are kids. They were always the best on their team. They have never not played.” Chris feels for those kids because he says that is who he was as a player at the University of Texas.

But who is he now? He is a first-time head coach with an impressive list of previous employers whom he served as an assistant basketball coach. Texas, Tennessee and Texas Tech are all power five conference schools whose goal each year is the NCAA tournament in March. “I don’t stop talking about it,” he says – and then he reiterates. “I talk to them about February and March everyday.”

His grand vision is to build a program that makes the tournament every year, but not just to be fodder for the higher seeds. He wants UTA to be like Xavier, Butler or Gonzaga – all schools that are known for basketball. All schools that regularly make deep runs in March.

Ogden believes that the state of Texas lacks that type of program and that UTA can become one.

“Why can’t we?” he asks, without waiting for an answer. “We have unbelievable facilities. We have an unbelievable campus. I think we have a university of the future. You walk across our campus and see the diversity of young people from around the world.”

His team reflects similar diversity with players from Columbia, The Congo, Belgium, Trinidad & Tobago and Nassau. It is also a microcosm of the City of Arlington, which is proudly home to citizens from 101 nations.

These days, Ogden is teaching and learning. Learning how to be a head coach, even as he teaches his players the finer points of basketball, which include succeeding at the highest level.

I believe that Mr. Basketball 1999 is about to do big things, on the court, with his team, right here in Arlington.