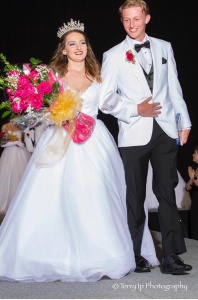 The circus is coming!: The LOT Downtown in Mansfield promises to have something for everyone this month

Produced by the Ladies Auxiliary of the Boys & Girls Clubs of Arlington, the ball is the oldest continuing charitable and social event in Arlington. Over the years it has raised more than $11 million for the youth agency for capital improvements as well as programs and services provided to more than 8,000 disadvantaged children.

The Ladies Auxiliary is extremely proud of this group of young ladies and their commitment to the community.
“The candidates have gained an understanding of the impact they can have. I can’t wait to see the amazing things they will accomplish in their life.” said a co-chair of the Ball.

Twenty high school teens were vying for the Miss Cinderella title given each year to the student raising the most money for the Boys & Girls Clubs during a seven-week campaign. Each girl is featured in a formal ceremony at the event. Before announcing the new Miss Cinderella and the runners-up, master of ceremonies Jimmy Bennett announced that the total amount raised collectively by all candidates was $489,259.

Mason Henegar, 17, is the daughter of Dr. Anthony and Lori Henegar of Arlington and is a varsity soccer, varsity field hockey, and varsity tennis player. She has been in Honors 2D Art for two years and has served as a treasurer, secretary, and advisory board member for Student Council. She is a member of Humans of Oakridge Club and National Honor Society. She has been recognized as the Most Dedicated Spanish, Biology, and Art Student. Outside of school, Mason has been a part of the Dallas Texans Soccer Club since 2008. She raised nearly $80,290 during her campaign. Henegar was crowned by the reigning Miss Cinderella, Carmen Regina.

“I never knew how much I wanted to win until I won!” said Henegar as she finished her first dance with her dad after the crowning. “I had an incredibly humbling experience with the kids. I’m looking forward to representing the Boys & Girls Club of America!”

“It was awesome to see Mason roll up her sleeves and open her heart and eyes to these kids in critical need and love.” said Lori Henegar, Mason’s mother.

“For the new Miss Cinderella, the year has just begun. She will have a full year of activities raising awareness of the wonderful programs provided by the Boys & Girls Clubs of Arlington,” Jerome said.