The club’s noble purpose, stated on its website, is “to preserve and authentically maintain Ford motor cars of the years 1932 through 1953 and to serve as an accurate and technical source of information for the benefit of members 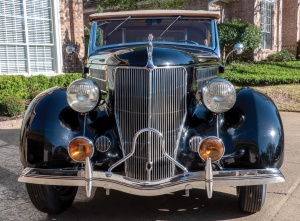 as well as the general public.”

Tom’s car, bumper to bumper, is a perfect reflection of achieving just that outcome. Ford made only 3,691 of this exclusive model in 1936, and today it is one of the most collectible.

After locating the vehicle in Illinois he set out with his son to take a look and then made an offer that the owner accepted. After trailering it back to his Arlington home, he started dealing with a couple of mechanics to see what it would take to get it running.

Both of them prescribed rebuilding the engine, but Tom’s diagnosis was something different. So, with help from fellow club members, a new distributor and spark plug wires were installed. The result, he declares, “It fired right up!”

Later he would rewire everything, transform the brakes from mechanical to hydraulic and install new tires – but hang on to the original spare tire with its rare Ford emblem intact.

Next up is a repair or replacement of the starter and a new seal to solve an oil leak that will require pulling the engine to fix.

“Old cars break,” Tom explains. So, there’s always something that needs to be done, and it’s all part of the experience of owning a vehicle that is past its 80th anniversary. 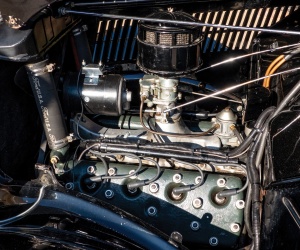 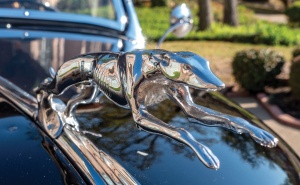 The car came from Ford’s factory with no trunk, no heater, and no windows. There are a set of removable side curtains in case of inclement weather. But, just about everyone likes the look without them attached. 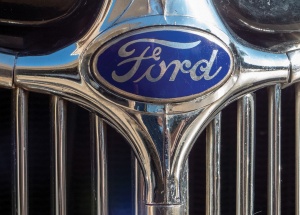 Under the hood is the highly prized, 221-cubic inch, flathead V8 engine producing 85 horsepower and breakthrough speeds for the era.

Although not the first of the 8-cylinder Fords, this version was introduced in 1932 and brought the automakers’ cars into the emerging mass market via the innovative affordable design.

It ranks as one of the company’s most important developments: responding to the growing demand for more powerful engines resulting in production runs lasting more than 20 years.

The Fords of the 1930s became a bit more infamous as the vehicle of choice of the notorious Clyde Barrow. The outlaw depended on the high-powered Fords he stole to outrun the law in numerous getaways.

On display at the Henry Ford Museum of American Innovation is the letter Barrow wrote to the renown industrialist complimenting him on the “dandy car.” Barrow goes on to say, “For sustained speed and freedom from trouble the Ford has got every other car skinned … it don’t hurt anything to tell you what a fine car you got in the V8.”

We can suppose if the Ford Museum has kept the letter as part of the carmaker’s history, it’s okay to recall how it played a role in the national crime spree that produced the Bonnie and Clyde folklore.

I haven’t checked, but it wouldn’t surprise me if that story is told among today’s members of The Lone Star Early Ford V8 Club as part of the lore and legend of this classic vehicle that Tom and his wife Faye are fortunate to have, enjoy and share.

Tags: Behind the Wheels