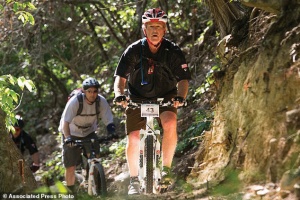 News of the latest completion of Arlington’s eastern portion of the Trinity River trail that will make it possible for hikers and bikers to soon journey from Fort Worth to Dallas through the river forest floodplain was first imagined in a city known for having big dreams.

About 30 years ago, Arlington Parks and Recreation Director Donna Brasher approached the city’s First Lady with an idea that most people would find somewhat difficult to envision ever becoming a reality.

Donna described to my wife Sylvia a plan to enlarge, first, the small acreage of North Arlington donated land into a potential major park that would reach all the way to the river.

It would be “something very special,” Donna explained – but it would be well out of reach of the city’s park budget. For the ambitious project to have any prospect of success, it would require private-sector funding and significant land donations from property owners in the region.

In addition to acquiring pristine wilderness that would be protected and largely undisturbed, there were two main features of potential public benefits via the development of a trail along the banks of the river and a nature center.

Undaunted by those doubting that such an ambitious project had any real chance of success, the parks department and the River Legacy Foundation created a partnership, and work began in earnest to pursue the imagined outcomes.

Today, the River Legacy Parks system, consisting of some 1,300 acres, is the city’s largest.

The $7.5 million, largely privately funded Living Science Center, and its new Discovery Room that I wrote about in our January issue, collectively represent a premier regional destination.

Now, the 8-mile trail along the Trinity serves as a demonstration to other cities of how they all can be connected and provide a world-class experience for everyone.

Coordinated through the North Central Texas Council of Governments, Fort Worth, Grand Prairie, Irving and Dallas have now all completed significant portions of the trail that first became a reality in Arlington.

As a bonus to the city’s portion of the trail development, a part of the Viridian master-planned community and the addition of several miles of nature trails along and through the project connect to River Legacy’s network.

Altogether, more than 60 miles of trails will make the journey through the natural ecosystem possible across the fastest-growing urban region in the country.

One of the potential donors that Sylvia and her River Legacy team approached in those early years of fund raising was the managing director of the Texas Rangers Baseball Club, who would later become president of the United States.

The part of the plan for the park that interested him the most was the Trinity River trail that would potentially connect Dallas and Fort Worth. Encouraged about that possibility, that managing director made sure the Rangers would thereafter become one of the Foundation’s leading donors.

Almost 20 years later we had the privilege of visiting with George W. Bush as his presidency was drawing to a close. Immediately upon entering the Oval Office, he greeted Sylvia with a hug and said, “I’m coming home to Dallas and need to know if that trail has been finished so I can ride my bike on it.”

Her response was to say proudly that Arlington’s portion was and the rest was making good progress.

It wouldn’t be long thereafter that visitors to River Legacy Park’s trail system would encounter the former president on his mountain bike, along with his security team, enjoying the experience.

Now the entire trip between the region’s two largest cities is coming closer and closer to reality. The crown jewel of Arlington’s entire park system has led the way as the missing links across the region are now being connected and that long-ago dream coming true.