The Health Benefits of using Cinnamon

by ArlingtonToday Magazine
in Wellness
0 0
0 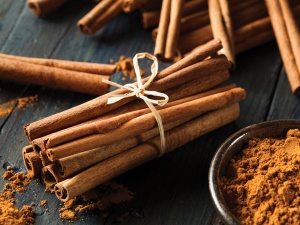 Cinnamon is synonymous with the holidays and cider or a hot coffee, or your favorite sugary cereal growing up. But, as the Methodist Mansfield Medical Center blog recently noted, cinnamon has also been touted for its health benefits for centuries. Recently, there’s been an upswing in natural remedies – using spices and herbs – for a variety of conditions. Here are some noteworthy thoughts the blog offers about the spice.

Cinnamon can be found almost everywhere you look, but it’s not all the same. There are two basic types of cinnamon: ceylon, which is grown in Sri Lanka, and a few varieties collectively known as cassia, which are widely produced in China and Indonesia. Cassia is the “commercial” variety. It has a stronger flavor and odor, and it’s far cheaper to produce, which is why it’s popular with consumers around the world. Ceylon has a milder, sweeter flavor and it might be the best for your health. This is because the cassia variety can contain relatively high concentrations of coumarin, which can cause damage to the liver. A study of 91 cinnamon samples found 63 times more coumarin in cassia cinnamon powder than Ceylon powder.

However, both are high in cinnamaldehyde, which is thought to be responsible for most of cinnamon’s health benefits, from lowering blood pressure to managing diabetes.

“You can have too much of a good thing,” says Carey Shore, MS, RD, LD, a Wellness Coach with Methodist. “Use caution in the amount. Between a half teaspoon and three teaspoons a day is considered a safe intake, which is not that much. Beyond this dose, no increased benefits have been shown, and too much could interfere with certain medications and cause liver damage.”

While studies aren’t definitive and have mostly been done within the confines of labs, here are the top reasons you’d consider adding this common spice to your regimen:

Biochemists have also found that cinnamon was as effective as resveratrol, an antioxidant in red wine known for disease-fighting properties, in activating SIRT-1 – also known as the longevity gene because of its role in repairing DNA. In some studies, cinnamon was shown to have an even better effect than resveratrol for anti-cancer and anti-aging. Research is being done on the effects of cinnamon on cancer, most of which is being done in labs or on rodents. Some studies have found that cinnamon could inhibit the progression of melanoma cells, as well as evidence that it could be used as an alternative treatment for cancerous tumors.