The job of a lifetime 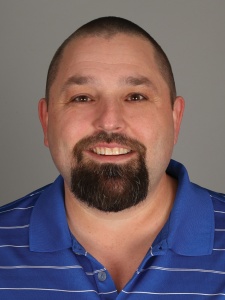 The walls of his office are a cavalcade of stars. There he is at 17 pretending to punch Muhammad Ali. There he is at 30-something with his arm around George W. Bush. Back to 16 wearing a Tigers uniform with Sparky Anderson and in the dugout wearing Baltimore gear with Orioles manager Cal Ripken Sr. Junior was in the picture too – he was about 900 games into his legendary streak back then. The kid in the picture is Kelly Terrell, and he admits he didn’t even know about the streak at the time.
“We would play football in the clubhouse after the games,” Kelly says. “Everyone was like, ‘don’t tackle Cal.’ I didn’t even know why. And Cal wanted to be tackled. He did not want to be treated differently.”
Those are the memories of a bat boy from the old Arlington Stadium. Kelly admits that as a 16-year-old he did not even want to be a bat boy – he was more into football back then.
But his dad knew one of the owners of the Rangers, and he encouraged his son to take advantage of the opportunity. So one day in 1987 Kelly went work as a bat boy, and he has been at every home game since.
No longer a boy, Kelly is a 48-year-old father of four who proudly states that even the birth of those kids did not keep him from his appointed rounds. Now the manager of the visiting clubhouse, he works longer hours than anyone I know. “I usually arrive sometime between 10 and 10:30 in the morning,” he states, matter of factly. When asked what time he leaves, he cringes. “Last night it was 2:15 a.m., just a little later than normal.”
The long hours represent one reason that the position of bat boy has changed. The days of the teenager dressing up in a major league uniform are long gone. There are four bat boys this year, but all are out of college and in their mid-20s.
The reality is that Kelly was working until well after midnight when he was a bat boy. That is what the job entails. Most parents don’t want to pick their child up from their part-time job at 1 or 2 in the morning.
The walls of Kelly’s office will tell you what a shame it is that young baseball fans no longer get that opportunity. One of the pictures on the wall has Kelly in a Royals uniform with Hall of Famer George Brett. His memories of the Hall of Fame third baseman are not about baseball or the quest for .400.
“I remember one time George Brett called my dad,” Kelly recalls with a smile. “I don’t even know how he got the number, I didn’t give it to him. But he called and told my dad that I was a really good kid and a really hard worker.”
You can’t make this stuff up. Kelly Terrell has had a really cool life. Despite the 14-to-16-hour days, despite the fact that as time marches on the players become more and more entitled, despite the fact that he doesn’t get to see his wife Ginny and his twin 2-year-old girls nearly enough, he would do it all over again.
He spends his days at the ballpark, preparing a place for a major league team to call home for a few days. When that team’s equipment arrives at 4 in the morning, Kelly is there to help unload it.
But as he leaves he passes through his office, and just before he turns out the lights he sees all the pictures, all the memories, and he is thankful that once upon a time, he got to be a bat boy.