You (yeah, you): Ready to get published? 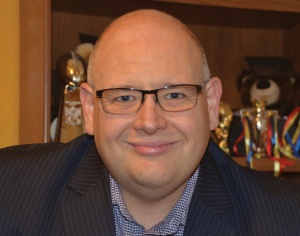 Funny how some of our great ideas are born out of frustration or desperation or some standoff with what we see – and don’t particularly like – in the mirror.

A few years ago he was hovering around 340 pounds with Type 2 diabetes, skyrocketing blood pressure and a self-loathing that sliced deeply into any sense of sustained joy.

It affected everything. His work as a special education teacher. Relationships. Self-perception. He was, as he put it, “a mess.”

“My doctor said if I didn’t get my act together, I’d be dead in five years.”

Nice motivation for anybody, but Brodie, a meticulous sort who is something of a human blood hound once he’s all in, didn’t do anything miraculous. He simply gave up junk food, began to eat like a health nut and got moving with an assortment of exercises.

He dropped 60 pounds. Of course, the story doesn’t end there. He did what any self-loving dude would do to help
anyone who is what he used to be:

He wrote a book.

While sitting poolside at The Mirage Hotel and Casino in Las Vegas.
On an iPhone.

Actually, it was an outline of the book, which a week later ballooned to 20,000 words of I-did-it-and-here’s-how-you-can-do-it-too advice. Then he looked at his massive manuscript and wondered: what now?

Answering that question became the crust of a new business for Brodie. In blood hound fashion, Brodie researched what it took to get his “Eat Less, Move More: My Journey” from words to published, and when he did, putting it on Kindle and seeing it race to bestseller status, he decided to knock out another 20,000 words of I-did-it-and-here’s-how-you-can-do-it-too advice.

Surely you see where this is headed.

Brodie has amassed the beginnings of a publishing empire, right there in the snug office of his Arlington home. He still cranks out books but is also a book publisher, coach and entrepreneur, complete with running buddies from the Arlington Chamber of Commerce.

“I never expected to become a book publisher,” Brodie says. “It all started when I published my third bestseller, “Positively Attracts,” because I wanted to leverage my books into more speaking gigs. Those gigs increased. Something else happened, too – he began receiving requests from readers and other authors wanting the Brodie magic. Some came with manuscripts. Others were stuck at the idea stage. Brodie has answers for all of them in a one-stop publishing shop at www.GetPublishedSystem.com, which lays out various packages that can help no matter where you are in the process.

The Brodie formula emphasizes smaller books, usually self-help, and typically around 8,000 words since “most people these days prefer a quick read. Something they can finish on a short flight.”
Packages cover what you might expect, and more, like book cover design and marketing strategies for repurposing content for seminars, blogs, and public speeches. Brodie’s clients learn how making money on “the backend” of a book is best; he even teaches audiobook production “because your goal is to reach as much of your potential audience as possible.”

That also explains his Get Published podcast.

“I tell people never be afraid to take the plunge and chase your dreams because you only live once,” he says. “Treat it like a business. My main clientele are business owners who want to grow their business. The easiest way to grow a business is to write a book. It’s also a great way to leave a legacy.”

While Brodie has clients on the other side of the world, he wants to tap into Arlington writers, hoping to push them out of their Can I Write This? slumber.

“I read a New York Times article a few yeas ago that said 81 percent of Americans want to write a book but less than 1 percent end up doing so,” Brodie says. “The main reason is that they don’t know how. So my goal is to try and get that 81 percent off their tails and get it done.”