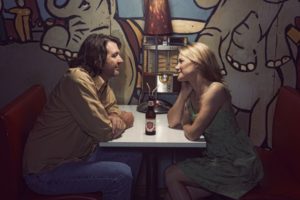 If Austin’s music scene suddenly switched to a monarchy, Bruce Robison and Kelly Willis might have to learn to perform while balancing hefty crowns. After 20 years of marriage, the two already reign as one of Americana music’s coolest couples, and their most recent recording,  Our Year, elevated them closer to the lofty territory once occupied by beloved royals Johnny and June and George and Tammy. Not that they would ever seek royal treatment, of course. This duo is way too down-to-earth for Downton Abbeyairs. They’re Texans, after all. Bruce is a Bandera boy; Oklahoma-born Kelly an Army brat, got here as soon as she could. They fell in love while harmonizing together, though it took them until 2013 to releaseCheater’s Game, their first officially billed joint effort (unless you count their four children). Kelly has reigned as a critically acclaimed roots music singer since her recorded debut two decades ago and is recognized as a new country and Americana pioneer. Her ever-broadening artistic range and gifts as both a writer and interpreter of songs have consistently continued to wow her many fans and music critics alike thanks to her finesse, smarts and irresistible charm. Bruce has made his mark as both a writer of indelible smash hits for George Strait, Tim McGraw, Faith Hill and the Dixie Chicks and as an artist in his own right with eight albums rich with his laconic, yet potent, grace and emotional dead aim as a songwriter and singer.