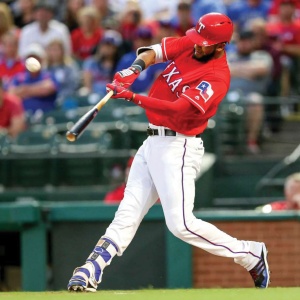 Joey Gallo remembers it like it was yesterday. Back in the summer of 2012 the AZL was abuzz with talk of the Rangers rookie crop. The AZL is the Arizona League, and it is a short-season league for young players drafted in June and just beginning the long road to the dream of Major League baseball.

“We would get off the bus, and people would ask, ‘Are you a football team?’” Gallo recalls with a smile.

The football questions were apt; I think I would take my chances with these four guys at linebacker in a 3-4 scheme today.

The truth is, add a point guard, and you would have a pretty good basketball team with all that size, too. But these guys are baseball players, and from the first day they were together, they knew that they were a special group.

Relief pitcher Keone Kela was in the draft class, too. “I knew this was a great group of guys,” Kela says. “A group that could do something big when we reach our potential.”

In order to reach said potential you must go through the trials and tribulations that are minor league baseball.

“I remember sleeping on egg crates under Guzman,” Kela recalls.

Guzman and Mazara go back even farther than the AZL – they became teammates as teens in the Dominican Republic. “I was from a small town,” Guzman says. “And I came to a tryout in the big city. When I got to the field I saw this kid hit 13 balls over the fence. They only threw him 15 pitches. He hit 13 over the fence. I thought I was at the wrong tryout.”

That kid was Nomar Mazara.

On the baseball-crazed island of the DR, Nomar and Guzman were two of the best, discovered at a young age and living up to their pedigree today. But you don’t get to be where they are by dreaming small.

For them the dream is much bigger than making it to the big leagues. “I am what I wanted to be,” Guzman says. “I’m proud of myself, but I have to keep it rolling.”

He and all the guys from the 2012 class know what success is supposed to look like. That group won a Championship. They play a one-game championship series in the AZL, and the Rangers’ contingent beat an Oakland A’s team that included Renato Nunez and Daniel Robertson, now with Tampa Bay, and A’s first baseman Matt Olson.

“That 2012 ring is the most precious thing I have gotten in baseball,” Kela says.

But that experience, that camaraderie, that success, might prove to be even more special. There are certain things that cannot be separated from the human spirit. Success is one of them.