by John Rhadigan
in Community, Featured
0 0
0 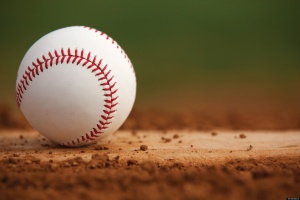 When I lived and worked in Michigan, going to spring training was the greatest trip of the year. I mean, think about it, a trip to the spring home of your favorite baseball team meant leaving snow and ice behind. It meant basking in the warm sun. It meant grouper sandwiches. Most importantly it meant Baseball!

For nearly three decades now I have been traveling to spring training from Texas. I have never left snow or ice behind. The first thing I do each day at Spring Training now is to cover myself with sunscreen, so there is no basking. Since the Rangers moved to Arizona I have not found a good grouper sandwich – I have not even looked that hard in that landlocked state.

Still, going to spring training is the greatest trip of the year. If you are wondering why I can explain it in one word: Baseball!

Some of my fondest Rangers memories were made at one of the two spring training homes I have visited. I wish I had been covering the team when they trained in Pompano Beach. I hear tales of media hotels right on the beach and a place called the Fish Shack for grouper sandwiches. But I digress … The distractions are few in Surprise, and it was the same way in Port Charlotte, where you were 20 minutes on a good day from the beach. The focus in each town is, wait for it, Baseball!

I remember my first trip to Rangers Spring training. The year was 1990, and there was labor unrest, a lockout, the threat of “replacement players.”  But on March 19 the owners and players agreed to a new collective bargaining agreement, and I was on the next plane to Florida.

I am reasonably sure that Nolan Ryan was not at the gate of the complex to welcome me to Port Charlotte, but he might as well have been. I was thrilled to spend the next several weeks watching and reporting on this 40-something-year-old man getting ready for his second season with the Rangers. It would be a good season, too. One which saw him pitch his sixth no hitter and record his 300th win. With it, he moved into the top 20 of pitchers with the most wins in the history of Baseball!

The thing I remember most about Nolan that spring was not his ability or his longevity or his tenacity. The lasting memory is of his kindness. Each day Rangers staff members would pass out cards to hundreds of fans on hand. The card got you a spot in line to get an autograph from Nolan. My memory is that he signed every day and he signed for everyone who had a card. The greatest thing about Nolan was that he didn’t just sign, he talked. When the fans asked questions he answered. When they told stories he listened. When they looked him in the eye he looked back. After a live shot on NBC 5 one day he asked if my photographer and I would like to get a picture with him. To this day that picture hangs in my den. It serves as a daily reminder of my first love, Baseball!

There have been other Hall of Famers to follow Nolan through Rangers camp. Pudge is on my wall, too. His work at spring training was constant and quiet.  The biggest buzz I remember at spring training was the year Alex Rodriguez signed. He had to sit on top of the dugout for the “first day press conference.” Every media outlet in Texas and most of the national media were there to hear from a guy who had just signed a $252 million contract. Amazingly, that does not sound like a lot today, but in 2000 we could not believe that a guy was going to make 252 million dollars to play Baseball!

This year Rangers spring training will be a lot like it has been for the past 15 years or so. It will be relaxed and intense. After A-Rod left, Michael Young became the undisputed leader of this team. His approach was passed on to Adrian Beltre and Elvis Andrus. His approach: this is just a game – but it is a game that is really important to a lot of people. As such, the players treat it with respect and play it with intensity. New manager Chris Woodward is one of Michael’s childhood friends and teammates.  Like Michael he gets it. This is a game, but, in a way, it is more than that because it is Baseball!

So if you are looking for something to do, somewhere to go between February 13 and March 25, may I suggest Surprise, Ariz. Thirty plus years of covering spring training has taught me that you won’t really care about the weather, the food or the accommodations. The thing you will remember about your trip to spring training is the … Baseball!