by Yale Youngblood
in Commentary
0 0
0

A couple of days before I sat down to write this missive, I received word that my financial portfolio was about to become two dollars and change more valuable, thanks to someone purchasing a copy of “Tooth or Consequences.” That’s the book I wrote seven and a half years ago to chronicle a medical situation I experienced that, more or less, redefined my life in its aftermath.

OK, that’s not totally accurate. I also wrote the book with the hope of retiring early off the royalties. But considering said sale now puts me in 2,515,998th place on the amazon.com best-selling-books list (but in 886th position among books related to dentistry), I much prefer to dwell on the transformative experience when I share the story of my story.

In a nutshell, the book records how a toothache darned near killed me, how an incredible team of medical professionals helped to ensure it didn’t and how I have dedicated the rest of my spared life to the proposition that I now have an obligation to spend my remaining time in a meaningful manner.

Few moments have been more meaningful than the one that occurred roughly a dozen years after my ordeal. First, though, I need to explain the 12 days of moments that made this one special. That’s how long I lay in a medically induced coma in a local hospital, playing on a teeter-totter with death.

The principal health care provider when I was in the hospital is an oral surgeon named Daniel Dugan, who, in addition to extracting some diseased teeth, had the wherewithal to summon the hospital’s foremost anesthesiologist and one of the region’s premier immune disease specialists when it became apparent my life was in the balance. I believe that the collective efforts of that medical ensemble – and the prayers of one of those people – made it possible for me to leave the hospital some two weeks after I entered it.

“I have to show you this,” Dr. Dugan said to me in his office, where I had taken my wife to have some dental work done a couple of years back. He took out his phone and slid his finger over the screen to produce an image of a man who had experienced virtually the same malady that I had endured in 2006. The fellow’s face was terribly swollen from a tooth infection. “He passed yesterday,” Dr. Dugan said. “He’s only the second patient I’ve ever lost. I have to tell you, though, I honestly thought you’d be the third.”

Then Dr. Dugan moved closer and embraced me. “I love you, brother,” he whispered in my ear. I told him that I love him, too. We held our pose for a good 10 seconds. 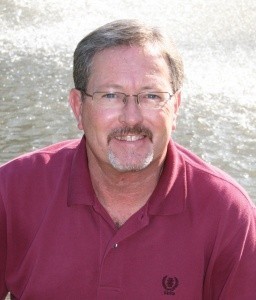 And now you know why I’m partial to this month’s special section on health care professionals who have devoted their lives to making a difference (see page 28).

You can “book” this: They really do.