Thanking you for your (courteous) service 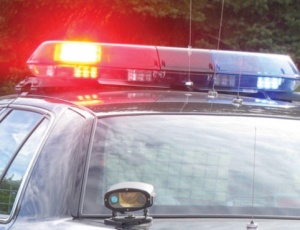 So I’m heading north on Green Oaks one evening when my Prius and I are lit up by a flurry of dancing lights.

Since my insurance had ballooned after a pair of moving violations and an unfortunate fender bender a few years back, this isn’t good.

When I pull over, I do my three-prong mental check: speeding? (Nope) Insurance? (Yep). Recklessness? (No).

As I wait to hand over my identification, the officer startles me by knocking on the passenger side window.

I jump. She laughs. Hey, it was dark.

She apologizes, telling me that it’s safer on the side where cars are not inches from barreling into you. “Did you know your right tail light is out?” she wants to know.

Strike two comes when I hand her an insurance card that expired two days before. Seems I’d neglected to put in the new one, which, at the moment, I remember still sits in an envelope, in my house, in a drawer.

The officer, named Birch, if my memory serves me, says no worries, that she would look it up. Back at my passenger window, she tells me about an App enabling me to verify insurance.

She lets me go with a warning and right before leaving hands me what looks like a business card, saying I have the opportunity to “complain or compliment” about our little encounter.

I decide that is odd, though as I drive away, I’m thinking: that had to be my most pleasant exchange with an officer. Our relationship has always been rocky, ever since my first one, at age 17, parked along Lake Michigan on Chicago’s Southside, smooching with my girlfriend, and having an officer pull alongside us, forcing me out, putting me on my knees, hands behind my head, scolding me for being in a public park after sunset, my girlfriend looking on in stark horror.

Other episodes followed, few of them pleasant, and here we are.
Yet this Officer Birch was courteous, helpful, funny, even.

As days go by it hits me that I want to compliment the officer, but time has passed and the card is gone, swallowed up by life. I search my wallet, the car, the house. Nothing. So I contact Sgt. Karen Standback, who handles APD media, to ask about this whole complain/compliment thing.

“Senate Bill 1849 established broad changes for law enforcement agencies in Texas,” she writes me in an email. “Those changes include ways for agencies to track and conduct citizen encounters during traffic stops. SB 1849 requires that every person who is the subject of a traffic stop and receives a citation or warning be provided with specific information about the department’s commendation and complaint process.”

I’d heard of complaints. We all do that.
Not commendations, except the occasional “thank you for your service.”

The bill, signed on June 15 by our governor, is known as the Sandra Bland Act, named after the 28-year-old woman who died in the Waller County Jail days after being arrested during a routine traffic stop much like my own. Official autopsy reports ruled Bland’s death a suicide. The legislation is designed to increase officer training in general de-escalation and mental health de-escalation tactics. As Sgt. Standback writes: “The use of de-escalation tactics helps ensure that both law enforcement and the public are able to go home safe.”

I ask Standback whether this card thing is effective or merely window dressing. She acknowledges “an overwhelming response” of citizens complimenting officers and a positive attitude about accountability. Which got me thinking, again, about Officer Birch and her kindness. How opposite it was of that Chicago cop.

I felt unsettled about not officially complimenting her, of telling her how that one stop made someone who always felt contentious and pessimistic about police appreciative and hopeful.

Hmm. Perhaps I just did.